Here, some of those brave women share their inspirational stories. 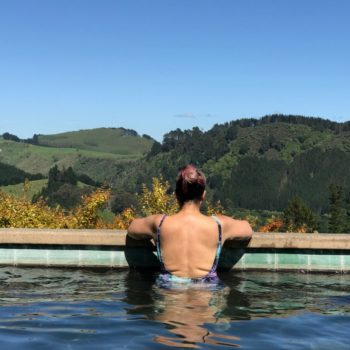 Wasn't eating enough to lose weight
Paula is concerned that she may pass on her own insecurities in her two daughters. She wanted to be a better role model and to feel and look better in herself. Paula has been a dieter all her life …
Read More ...

… her mother before her was also a dieter. Going from one fad diet to another is what she has grown up with. She feels she knows a little bit about health, and most of this learning was done in the late 1980’s during the ‘low fat’ and ‘calorie counting’ era. All the diets over the years gave her a toolbox full of ways to drop weight, but never any that stuck. More recent changes in health advice and more specifically, around eating for health rather than weight loss has her overwhelmingly confused based upon her past experience.

Paula’s lifetime of restriction had her stuck in feeling that food had to be basic, bland and boring. We developed a meal plan that was a realistic approach which suits her and her family’s lifestyle and was based on finding healthy food they can all enjoy rather than feeding the family something one thing and herself another. Encourage Paula to stop trying to do it all, focus on one improvement at a time. 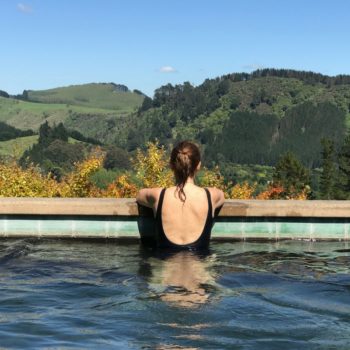 Needed some time out to de-stress
When you meet Vicky, she seems to have it all under control. Stress is really in the driver’s seat though. She runs on adrenalin and hadn’t had a proper break for herself in too long…
Read More ...

… She was a high achieving business woman, a CEO of a NZ Company, and she needed some time to rest and reset. In addition to her demanding job, she was a mother, with two children who needed to be taken to sports and needed support in their studies. She is constantly on the go and was well overdue for some time for herself and some rest. She wanted to get away for an extended break, somewhere which was private, serene, and where she would be taken care of. She wanted to go home feeling relaxed, rejuvenated, ready for the next few months ahead.

We needed to help Vicky to relax. This was never going to be easy. She needed to give herself permission to stop. This took a few days. To keep her stress levels from getting out of control when she got back to the office, she needed to keep on top of her emails during her time away. To ensure she got her required rest time, she limited her time in front of the computer to between the morning fitness session and lunch time. When we met for lunch, that would be it for the day. She took naps in the afternoons when she needed it. Sometimes she just lay in bed or by the pool and read her book all afternoon during ‘bliss time’. 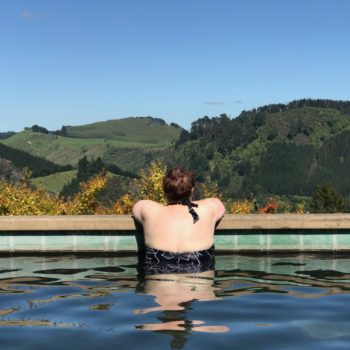 Needed a kick start
Brenda knew a few bits and pieces about nutrition, particularly for weight loss, after being a yo-yo dieter for most of her life. She had lost all motivation and needed a kick start to …
Read More ...

… take back control of her health. Brenda had tried various ‘diets’ over the years, but couldnt make any of them stick. This led to her concluding that she didn’t have the ‘will power’ or ‘self control’ and would give up if she deviated from the diet at all. She concluded that ‘health was too hard’. More recently diagnosed by her doctor with Pre-Diabetes. He warned her that if she didn’t take steps to reduce her blood sugar levels and weight, she would be faced with daily insulin injections. Brenda came on a Two Week Transformation retreat to get a kick start to making some changes, in particular to get some practical steps she could take to reduce her blood sugar levels and her risk of Diabetes.

We needed to get Brenda to trust in her body again and show her that incremental improvements to her health didn’t have to be hard. She didn’t have to do it the same way as everyone else either, she needed to do it in a way which suited her lifestyle and didnt make her feel like she was constantly on a diet. Brenda needed to change her mindset about failure and remember that she doesn’t have to be perfect to be healthier than she was yesterday. 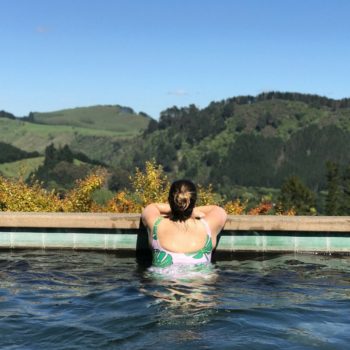 Needed help with her nutrition
Debbie considers herself to eat healithly. She watches her portion sizes and does a decent amount of exercise. She told me that she eats a lot of fruit and veggies, at least 5+ a day. However looking at …
Read More ...

… her food diary, we see a number of areas which might be holding Debbie back. Debbie considered herself to be doing everything right. But she cannot lose or keep weight from creeping on. She is frustrated that she is taking the time and effort to look after herself however she is not seeing the results. She is becomming worn down and disheartened with the process and is at risk of giving up on her health journey. This dissapointment is leading to increased incidences of binging. She came on a Ten Day Intensive Retreat to take some time out open her mind and and to re-look at the approch she is taking.

We looked at Debbie’s regular eating habits through keeping a food diary, checked for imbalances in hormones and blood sugar. We needed to re-motivate her, and show her by making a few simple changes, she could take back control of her health. 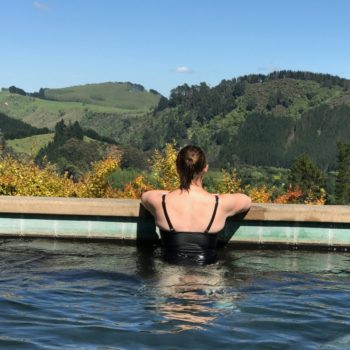 Needed to improve her fitness
After an extended period of recovery after an injury put her out of action, Judy needed help to get back to where she was before. Previously very fit, her injury stopped her from taking part in her normal training …
Read More ... 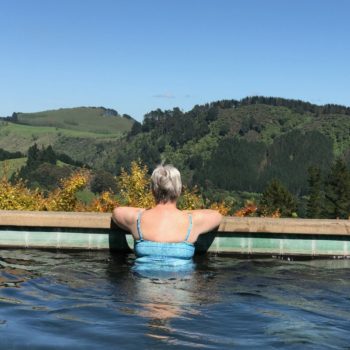 Needed help with unhealthy habits
Sally is a smart lady. She has a high profile job as a lecturer. She spends a lot of time at the office and had developed some habits which wern’t serving her, particularly around when she gets home from the work, particularly with drinking …
Read More ...

… wine when she gets home from work. Over the past year, one glass had turned into a bottle every night without fail. Although she looked forward to it, and she felt like it helped her to wind down, because she knew it wasn’t serving her health-wise, it didn’t make her feel great afterward. When we sat down to talk about her health goals, she kept coming back to this point as her downfall, and she, for the life of her, couldn’t work out why she was doing it when she knows the habit wasn’t good for her and it was starting to get out of hand. She was beating herself up about it and even described herself at one point as being ‘nuts’.

From what Sally told us, it sounded like she had nothing else for herself and nothing else to look forward to in her day, apart from her ‘wine time’. After a long day at work, being brilliant for the company she worked for, taking the kids to their sports trainings, she needed something for herself. It was clear that Sally needed something to put the smile back on her face at the end of a long day, most people do! Wine was a form of ‘active relaxation’ when she treated herself and when she gave herself permission to have some down time. Over time, this repeated activity which gave her joy in her day had embedded itself as a habit which has become challenging to stop. But that’s how habits work. So we helped Sally change that habit on a Three Week Life Changer retreat. 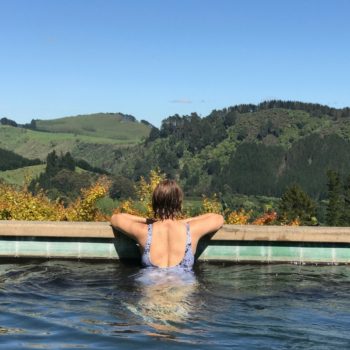 Needed some inspiration in the kitchen
Amanda is a bit of a foodie. She loves spending time in the kitchen and considers herself a fairly confident cook. However she had become bored with her normal food routine and was looking for a bit of healthy-food-inspiration …
Read More ... 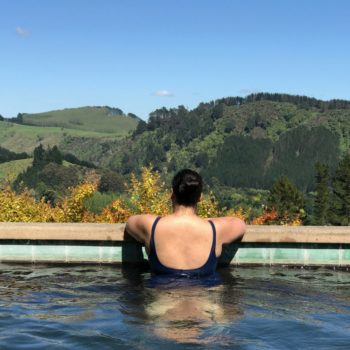 Needed time to put herself first
Julie is a busy mother of four young children. She wanted to lose 15kg which she put on after the birth of her son. She knew what she needed to do, but struggled to prioritise time for herself and fit it all in …
Read More ... 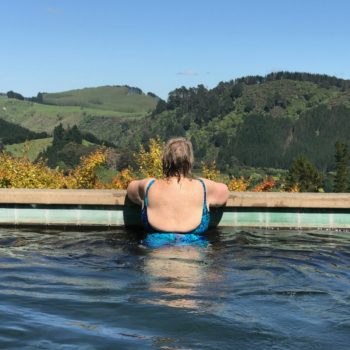 Needed a new routine
Samantha had recently retired from her busy job. Her job used to give her a reason to get out of bed in the morning, a regular routine. Since that routine has gone, Samantha filled her days with eating and drinking as time fillers …
Read More ... 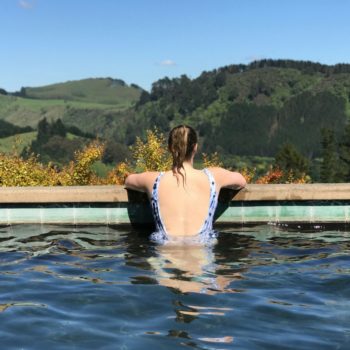 Needed a healthy holiday
Lisa needed ‘me time’ and decided that a healthy holiday where she could take some time out whilst avoiding the typical unhealthy pitfalls of normal holidays. She had recently tried Yoga and wanted to do more to improve her flexibility …
Read More ...

It contains all you need to know about our luxury retreats. Enjoy!

GET YOUR FREE BROCHURE